Hysteria over Corpulence: A History of Fad Diets 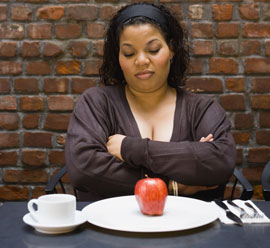 Living in the Los Angeles and Beverly Hills area, we are front and center to witness a lot of the crazy fads people try in hopes of losing weight. Since as far back as the early 18th century, people have been looking for ways to lose weight or become stick-thin without putting in the effort. It seems that since comfort levels advanced enough for us to gain weight people have been dreaming up ways to lose it.

Many of these weight loss fads are just pure crazy, and can be dangerous. Physician-supervised medical weight loss programs featuring lipotropic injections in Los Angeles are among the safest ways to lose weight fast, so while you can have a good laugh at a few of these crazy ideas—don’t try them.

A History of Bad Decisions

The Victorian ladies were known for their frail figures, but many of these women suffered for years to maintain such minimal appearance. The Victorian feminine ideal led many women to embrace a form of anorexia, but unlike today’s notion of the term, the nineteenth-century culture applauded the efforts of the middle class and aristocratic women to remain so thin. Victorian women often starved themselves into a state of hysteria in order to remain desirable—how does that change your perception of the mad-woman in the attic?

The Victorian culture was not the first to go mad over weight loss trends. In 1727, Thomas Short published one of the first weight loss manuals, a treatise entitled “Obesity or Excessive Corpulence, the Various Causes,” in which he found that many overweight individuals lived near swamp land. The solution? In order to lose weight, he believed it was a good idea to move away from the swamp. Simple as that—right?

The end of the nineteenth century and turn of the modern era brought about a variety of clever dieting attempts as well. The vinegar diet was popularized by the ‘starving’ poet Lord Byron, while the San Francisco artist Horace Fletcher endorsed the idea of chewing your food to pulp before spitting it out. Fletcher found it helpful to chew every bite of food 32 times. Why 32? One chomp for each tooth of course!

The twentieth century has brought on some of the craziest dieting fads, hands down. While a fattening meal may have you feeling grimy, there isn’t too much sense in the thought that a bar of soap will wash off the fat. Nevertheless, seaweed slimming soap was all the rage in the 1930s. One of the more dangerous trends came in the 1950s, when tapeworms were in style. What many people didn’t realize is that these parasitic worms can grow up to 25 feet long in your intestines and cause serious health concerns like meningitis and dementia.

These just scratch the surface of the absurd dieting ideas that people have dreamt up over time. Don’t get carried away by any of the newest trend diets that are popping up around the internet. If you are looking for a safe and effective way to lose weight, then talk with Dr. Kerendian.