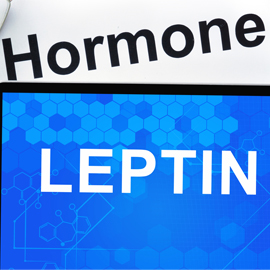 A little known fact amongst the vast population of people attempting to lose fat is the incredible influence that certain hormones have on their bodies. While some of these hormones are generally in direct proportion to outside factors, such as leptin, some are simply present because of mainly uncontrollable causes, such as estrogen, while still others act on the body because of a combination of external and internal stimuli, like cortisol.

Understanding a few of these hormonal processes can greatly contribute to any plan for weight management in Beverly Hills. A good basis for the understanding of hormonal influence on metabolism and weight loss begins with the hormones leptin, cortisol, and ghrelin.

Leptin is a hormone that governs the current body fat set point, and is increased or decreased based on the current level of body fat, incoming calories, carbohydrate intake, and the reward stimulating pathways within the brain. A good example of the effect leptin has on the body is the higher overall stress that occurs when a dieter reaches extremely low levels of body fat. Leptin signaling causes this increased stress. Regaining fat up to the current body fat set point, or manipulating carbohydrate can reduce leptin levels and eliminate this stress on the body.

Cortisol is often called the stress hormone, as it increases with both perceived stress and cyclical anticipation of stress. This anticipation of stress revolves around an internal clock, as cortisol is highest during the morning periods, and wanes throughout the day. Cortisol causes a retention of body fat, increased inflammation, and increased levels of muscle loss.

Ghrelin is responsible for hunger pangs that occur at certain times of the day, as the brain reinforces past feeding decisions to create a cycle of eating. Ghrelin release can be manipulated by changing current eating habits and ignoring hunger pains from previous meal times.