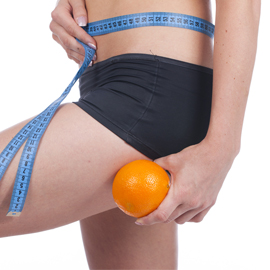 Cellulite is an aesthetic problem that affects many people over the age of 21. It’s the skin on your hips, thighs, butt, and stomach that resembles orange peel or cottage cheese, and it can be frustratingly difficult to get rid of. But a new therapy known as mesotherapy may offer a solution to the appearance of cellulite.

During mesotherapy, a series of injections is used to introduce vitamins and various medicines into the middle layer of the skin. Following these injections, it’s believed that the body changes the interior structure of the fat cells beneath the skin that cause the appearance of cellulite. Patients may require 10 or 15 treatments in order to see results.

Mesotherapy is not generally covered by insurance, as it’s primarily used to address cosmetic issues rather than health complications. The cost of this treatment will vary depending on your location and the specific vitamins and medications used in the injections.