Weight Loss and Exercise in Adolescents 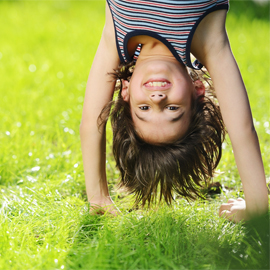 Between the ages of 13 and 19 years, what is typically referred to as “the adolescent years”, young boy’s and girl’s hormones stimulate a collection of physical changes and growth spurts. Most notably, girls develop breasts and become more curvaceous, and boys grow taller. With these newfound changes, some teens may feel pressure from peers and society to lose weight, and may consider medical weight loss. However, it’s important for teens to develop realistic exercise and weight loss goals for a foundation for their future.

According to the National Institutes of Health, the number of adolescents who are overweight and obese has been steadily rising. For the three year period ending in 2006, approximately 17 percent of adolescents were overweight, reports the agency. Along with that, the agency noted that physical activity has decreased among adolescents.

Studies, like the one published in 2005 in “The Lancet” revealed that changes in activity levels substantially impacted the BMI in young, adolescent girls in the U.S. The study is significant as it tracked over 2,000 girls, and suggests that preventing a decline in physical activity is an essential means to reducing obesity.

Many teens notice that an increase in exercise doesn’t help them much with their weight loss. Instead, it seems to cause an increase in their appetite. A study in 2006 confirmed this phenomenon, suggesting it could be a factor in weight loss success.

What Can Be Done

Changing habits, which includes eating the daily allowance of fruits and vegetables and participating in more physical activity is recommended. Teens should spend less time in front of the computer, video games, or the television, and more time being physically active in Bakersfield. Replacing a sedentary lifestyle in teens will be the step in the right direction to reducing adolescent obesity.